Breast milk contains all of the necessary nutrients in just the right amounts to help a child start out on the right foot when it comes to health. Find out what makes it so special in this article.

The composition of breast milk

For your baby, nothing beats breast milk as a food source. Energy for growth, promotion of brain and vision growth, aiding digestive system maturity, and helping to form a robust immune system are all provided by proper amounts and quality of nutrients. This is due to the fact that its structure is unique.

Milk is a valuable emulsion with roughly 200 components, principally carbs, tiny droplets of high-quality lipids, and proteins, all dissolved in a water foundation (protein). Breast milk contains 87.5 percent water. Micronutrients, such as vitamins and minerals, make up the remaining 12.5% of a person’s daily calorie consumption (vitamins, minerals and trace elements).

Breast milk and its most important functions

The main components of breast milk

The majority of carbs come from lactose (milk sugar) (approx. 5 to 7 g per 100 ml). Over 40% of a young infant’s daily energy intake comes from this source.

In terms of the brain and nervous system, lactose has a positive effect. Good gut flora necessitates the use of lactose. The lactose content in breast milk is approximately double that of cow’s milk.

As much as 1 to 1.2 grams per 100 milliliters can be found. These are carbohydrates that, among other things, encourage the growth of beneficial bacteria in the intestine, particularly bifidobacteria, in the bowel. The term “prebiotic features” is used by scientists.

It is because the digestive system does not break down indigestible carbohydrates found in non-breast milk that they can pass through the digestive system unharmed. As “feed” for the growth of important bifidobacteria and lactobacilli in the large intestine, they produce the soft feces seen in breastfed neonates.

“Bifidus-dominant” flora protects against infections and allergies by promoting the growth of beneficial bacteria. Pathogenic bacteria can be inhibited by compounds produced by Bifidus bacteria. Additionally, they are capable of producing acetic or lactic acid, which results in an acidic environment that is antibacterial by nature

Colonization of the intestines with bifidobacteria aids the overall development of a healthy immune system: 70% of the cells in our immune system are found in the gut!

Mature breast milk contains an average of 4 g of fat per 100 ml of liquid. In order to meet the high energy and calorie needs of the newborn, breast milk fat is needed. Fat content in breast milk contributes for 40 to 50 percent of an infant’s daily energy intake.

Mother’s diet has an impact on the fatty acid profile. Cow’s milk has just approximately 2% linoleic acid, whereas breast milk contains 10% of the total quantity of unsaturated fatty acids in your body. Long-chain polyunsaturated fatty acids, of which breast milk contains 0.13 percent, are also found in small amounts. All cell membranes contain LCPs, which are crucial components. The brain, as well as nerve and eye cells, contain large amounts.

Synapses between nerve cells in the brain are similarly dependent on the presence of LCPs, which are essential for their development. In the last trimester of pregnancy and the first months of a child’s life, they play a key role in brain development, which progresses quickly. It takes a month for the brain to grow from 60 g to 2 g in size after birth.

Several LCPs are found in the retina, where they play an important role in ensuring excellent eyesight.

Proteins – building blocks for growth and the immune system

Protein concentration in breast milk is modest, with about 1.0 g per 100 ml. In comparison to cow’s milk, this protein content is ideal for an infant’s nutritional needs. A high protein diet may be harmful to an infant whose metabolism and kidney function are still maturing.

Breast milk contains whey protein and casein as the two “main proteins.” It is 80:20 in colostrum (=initial milk) and 60:40 in mature milk. A baby’s stomach empties rapidly because whey protein is easily digested. However, in the acidic stomach environment, casein coagulates faster and digests more slowly. The casein content of cow’s milk is twice as high as that of mother’s milk, making it more difficult to digest.

Protein from breast milk is required for a variety of reasons beyond simply generating new cells in the body and facilitating rapid growth. Amino acids, the building blocks of proteins, are vital in protecting the body. Proteins such as immunoglobulins (antibodies) such as IgA, IgG, IgM,… Immunoglobulins developed by a mother are specific to the infections she has had to deal with throughout her life. As a mother, she teaches her child this “knowing,” this special safety.

All of the vitamins that a newborn needs are present in adequate quantities in breast milk. Vitamins A (and its precursor beta-carotene) and E are found in abundance in this food. In addition to appropriate growth and development, good skin and vision, and a strong immune system, vitamin A is essential. Preserving unsaturated fatty acids is an important role of vitamin E in several metabolic processes (LCPs).

Additionally, vitamin D and vitamin K have special characteristics that are essential for bone growth. Vitamin D is produced in the body when exposed to ultraviolet light, such as that emitted by the sun. People are unable to create their own vitamin D in the skin from October through April because of the low strength of UV radiation at our latitudes. However, a daily dose of 400 IU (international units) is regarded to be the safest way to prevent rickets in breastfeeding neonates.

For a variety of causes, a newborn may experience a vitamin K deficiency in the first few days after birth: Vitamin K concentration in breast milk is low compared to other foods. At birth, a newborn’s vitamin K stores are quite low. The bifidus-dominant gut flora of breastfed children can probably only produce traces of vitamin K. This is likely. All newborns worldwide are given a single dosage of vitamin K immediately after delivery for these reasons, regardless of how they are fed.

A healthy level of water-soluble B vitamins and vitamin C can be found in breast milk. The B vitamins B6 and B12, as well as iron, are often lacking in vegetarian or vegan mothers who are nursing their infants. Pregnant and lactating vegans and vegetarians may then be advised to take a multi-nutrient supplement by their doctor.

Because they both aid in bone formation, calcium and phosphorus are critical nutrients for newborns. Inorganic minerals are sometimes known as trace elements.

They’re named “trace” for a reason: they only show up and are needed at extremely low concentrations. This mineral is essential for the formation of red blood cells and the development of the brain.

In breast milk, lactoferrin, an iron-absorbing protein, aids in iron absorption. Selenomethionine (Se), which protects cells from free radicals, is also a vital trace element, as are chromium (Cr) and zinc (Zn), which are involved in several development and energy metabolism processes.

Taurine, enzymes, hormones, and growth factors are all found in breast milk, and they all play important functions in the early development of an infant’s body.

The nucleotides also have a significant role. To put it another way, they are the building blocks of DNA and RNA (RNA). When it comes to our genes, the DNA (also known as deoxyribonuclein acid is the key. Proteins are made from RNA, which is synthesized from DNA. Due to rapid growth, the body is unable to produce enough food on its own, thus it must rely on other sources of nutrition. Breast milk nucleotides benefit the newborn because of this.

Nucleotides may also strengthen the immune system, influence LCP development, and play a function in the development of the digestive tract in youngsters, according to new studies.

B. the immunoglobulins IgA and IgM, which help establish the immune system, are absorbed by breastfeeding children.

Breast Milk – variable according to need

As your baby gets older and needs more nutrients from you, your breast milk will change accordingly. Within a few days following birth, the mother’s milk, known as colostrum, begins to produce. Despite its small size, colostrum provides all of the following nutrients: Carotenoids, proteins, immunoglobulins (components of the immune system), minerals, and vitamins are all present in high concentrations in this food (especially vitamin A , D, K and B12). Phosphocytes (also known as “scavenger cells”), which are found in the colostrum, are capable of killing bacteria and fungus. However, compared to mature breast milk, it is lower in fat and lactose.

During the fourth to tenth day after delivery, the baby’s body begins producing mature breast milk, which is richer in fat and energy. As a result of its high fat and carbohydrate content, mature breast milk provides a satisfying meal. It’s amazing to think that a breastfeeding woman can produce more than 700 cc of milk every day!

a baby’s specific nutritional requirements are met by breast milk First, the foremilk, a milk with a high lactose content, flows. It satisfies your child’s initial thirst, allowing them to fully appreciate the nourishing benefits of milk without interruption. When it comes to growing quickly, babies need three to four times as much energy per kilogram as adults. Because an infant’s stomach is only one-tenth the size of an adult’s, it’s easy to see why breast milk must have such a high energy density. However, it can hold up to 2,000 ml, and some people are able to do so.

Growing pains in a baby can be eased naturally by the infant drinking more frequently, falling asleep, then waking up to drink again. For other women, the fear is that their child won’t get enough nutrients. On the contrary, by latching regularly, the body can create more milk and thus offer an ideal level of care to the infant while it grows. It’s called “cluster feeding,” and it’s a form of breastfeeding. 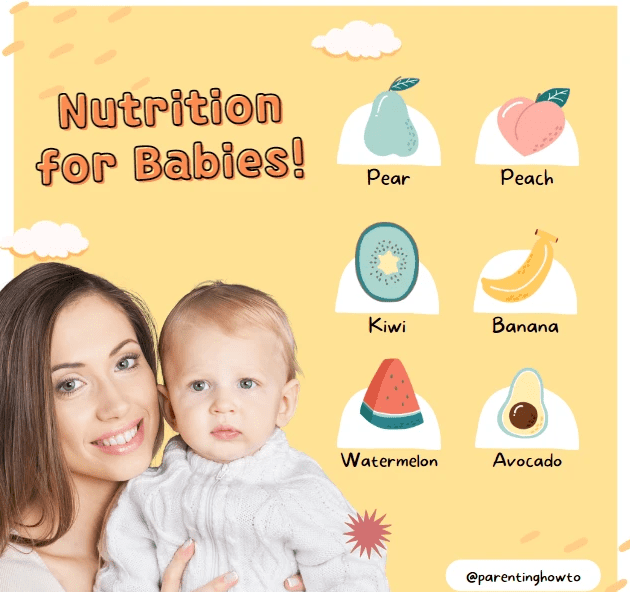