What you will find in this article:

Why is a healthy diet important during pregnancy ?

It is important to remember that your body requires extra vitamins and minerals throughout the first trimester of your pregnancy. During this time period, it is also suggested that you take extra folic acid supplements. However, it is only during the third and final trimesters that your body requires a bit more energy than usual. However, this does not necessarily imply that you should consume more calories, but rather that you should consume foods that are particularly high in vitamins and minerals.

It is recommended that you base your meal plan on the five major food groups: fruits and vegetables; grains; protein meals; and dairy products.

Whether eaten fresh, frozen, or canned, it is abundant in vitamins and fiber, which are vital components of a balanced diet during pregnancy since they can aid in the relief of constipation if consumed regularly. Carefully examine the ingredients on the label of canned fruit. Instead of canned fruit in syrup, go for canned fruit in water. Feel free to choose something a little more “exotic” than the standard:

In order to maintain a healthy diet throughout pregnancy, vegetables should be the primary focus. It is suggested to have three servings each day. The motto around here is “colorful and diverse!” The following foods are regarded to be extremely nutritious:

Grains and grain products should be consumed with every main course. It is preferable to utilize whole grain goods in this situation. These are high in folic acid as well as other essential vitamins. It can also be used to prevent constipation if that is a concern. For example, we recommend the following:

These latter types of snacks are perfect for when you’re on the road. They are high in protein and good fats, which help to promote your baby’s growth and development. Almonds, peanuts, and walnuts are among the best nuts to eat.

Calcium may be found in dairy products, which are delicious. Calcium is required for the development of your baby’s bones and teeth when you are expecting him or her. During this period, a daily dosage of 1,000 mg is suggested (1,300 milligrams if you are under 19 years old). Make an effort to consume tiny amounts of food throughout the day. You can accomplish this in the following ways:

What additional nutrients does your body need now?

During pregnancy, your body requires an increased amount of iron, iodine, and folic acid (especially in the first few weeks of pregnancy). The following table outlines which foods may be suitable for meeting this extra requirement:

During the second and third trimesters, many women additionally take iron-containing nutritional supplements or pregnancy vitamins that contain the appropriate amount of iron. Please consult with your doctor about this in advance of taking any action. If you acquire enough iron from your food, you won’t have to worry about needing to take iron supplementation.

But vegetarians should pay particular attention to ensuring that they get an adequate quantity of iron in their diet, since the danger of a deficiency in iron is exacerbated in this circumstance. As a result of the fact that most vegetarians avoid fish, they should supplement their diet with the omega-3 fatty acid DHA, which is found in most prenatal supplements. Vegetarians should have regular discussions with their gynecologists about their eating habits, which is especially crucial if you have children.

During their pregnancies, an increasing number of women are choosing to follow a vegan diet. However, this is regarded significant since a lack of essential nutrients can result in a deficiency in the child’s supply of nutrients, which can result in lasting harm to the neurological system. However, there are now only a small number of research on the subject, some of which are inconsistent. As a result, you should consult with your doctor before making the decision to abstain from eating animal products throughout your pregnancy.

Some foods should now be avoided because they may contain dangerous bacteria, according to current recommendations. Toxoplasmosis, listeriosis, and salmonella are among the pathogens that cause these diseases. As a result, pay greater attention to the following:

In addition, avoid eating fish that are rich in mercury, such as shark, swordfish, king mackerel, and torpedo bass, because they might cause health problems.

There are a variety of factors to consider, not simply when it comes to solid food: Drink no more than one or two caffeinated beverages every day, such as B. coffee or cola, according to your own preference. Of course, you should now abstain from consuming any alcoholic beverages.

However, make sure you drink plenty throughout the day — one or two glasses with each meal, and again and again between meals. There are a range of wonderful beverages that may be consumed while pregnant, including:

The fact that you’re pregnant and thinking about feeding two people does not imply that you should consume twice as much food. In reality, most pregnant women only require an additional 300 calories each day on average. This basically refers to the following:

When it comes to pregnancy weight increase, the little wonder that grows inside your belly and the bodily changes that occur as a result of it are the primary explanations. The enlarged uterus alone, as well as the placenta and amniotic fluid, bigger breasts, higher blood and fluid volume, and the accumulation of required fat reserves, contribute for around 8 to 11 kg of the total weight gain. Then there’s the matter of your child’s weight. Pregnant women gain between 11 and 18 kg on average during their pregnancy.

Beyond that, weight gain is frequently caused by a change in diet – that is, by the foods you consume. Several studies have found that many women have a specific appetite for sweets.

There is currently no answer as to why do pregnancy cravings happen and why some pregnant women develop cravings for specific meals during their pregnancies. However, malnutrition has been ruled out as a contributing factor. There’s no reason not to indulge in the meals you’ve been longing for. However, avoid consuming excessive amounts of it to avoid gaining too much weight. Cravings are most common during the first trimester of pregnancy, although they will subside and eventually disappear.

Cravings for inedibles such as laundry starch or chalk have also been reported non some women. Pica is a term used to describe this type of eating problem. If you are one of these ladies, you should speak with your doctor about it immediately.

Of course, you want to guarantee that your child grows up in a healthy environment. Eating a nutritious diet throughout pregnancy will aid in the proper development of your unborn child. Make an appointment with your doctor and limit your intake of processed foods as much as possible. 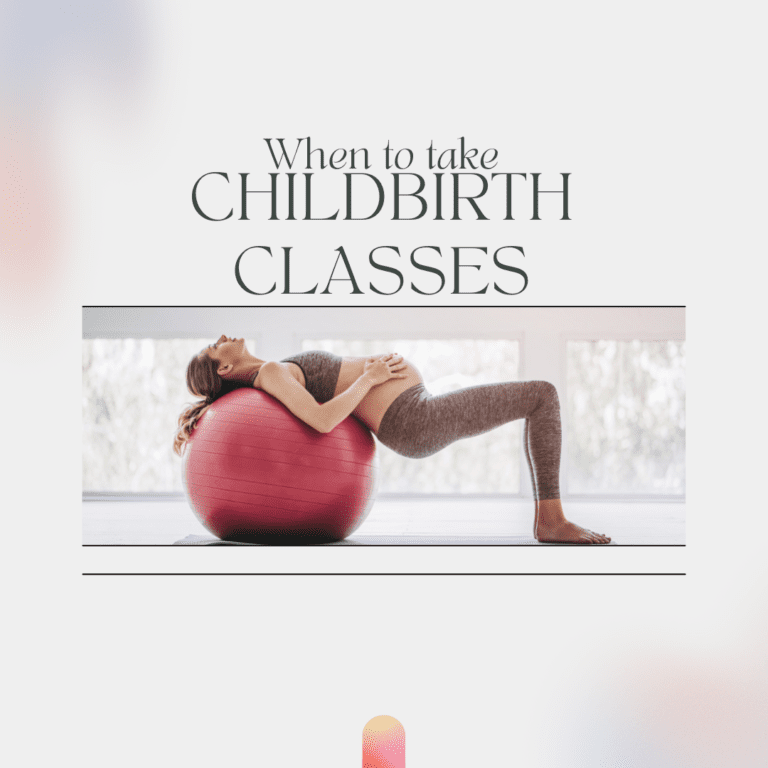 When to take childbirth classes 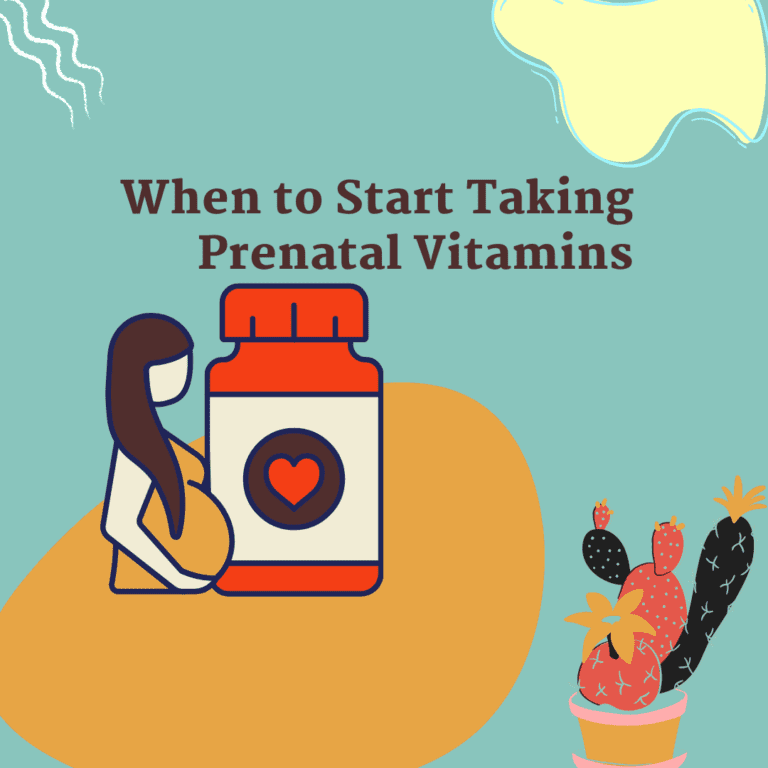 When to Start Taking Prenatal Vitamins 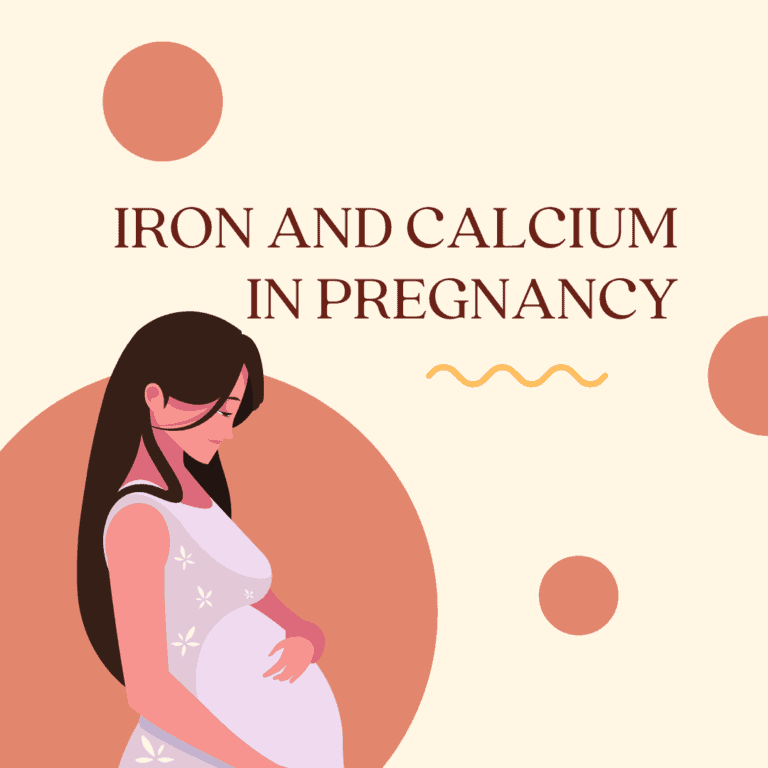 Iron and Calcium in Pregnancy